WORLD CORRELATION ON KARST GEOLOGY AND ITS RELEVANT ECOSYSTEM

A new UNESCO/IUGS IGCP project, the IGCP448 World Correlation on Karst Geology and Its Relevant Ecosystem span style="mso-spacerun: yes" span was approved by the IGCP Scientific Board at its 28th meeting, held early February, 2000 in Paris. The Project is accepted for implementation from 2000 to 2004.

The proposal of the IGCP448,written by Prof. Yuan Daoxian of the Institute of Karst Geology, Guilin, China, was first initiated at the Joint IGCP379 and Friends of Karst Symposium in Bowling Green,USA,September,1998. It is supported by the major international karst organizations , including the Karst Commissions of IAH , IGU, and UIS, and National IGCP Committees of Romania, Spain, Vietnam and China. Moreover, it gets written supports from many individual karst scientists of he world.

From the works of IGCP 299"Geology, Climate, Hydrology and Karst formation (1990-1994), and IGCP 379 "Karst processes and the Carbon Cycle"(1995-1999), it is recognized that the ecosystem in the karst regions of the world with billion of population is fragile, and characterized by calciphile, petrophile (photo 1),xerophile(photo2) and a subterranean ecosystem(photo3, photo4) as a result karst hydrological system and Ca-Mg rich geochemical background. However, its impact on human life is quite different in different karst regions with varied ecological features.For instance, the intensive karstification and underground drainage system can bring about serious ecolog-ical problems,such as rock desertification in southwest China karst(photo 5). 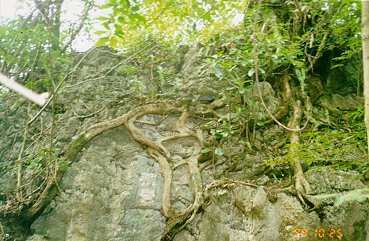 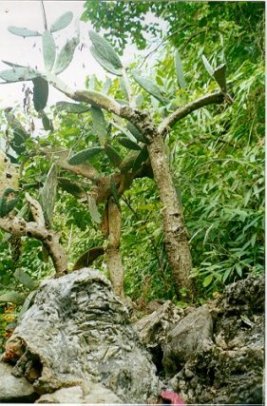 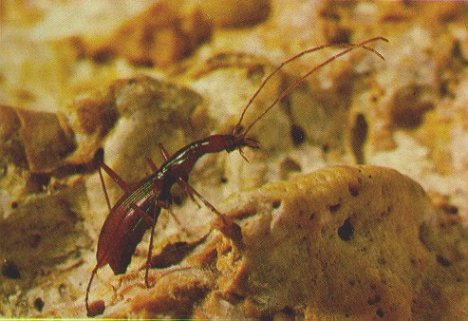 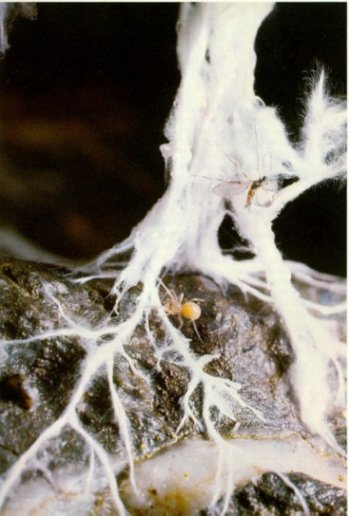 Photo 4,A cave spider ,Porrhomma convexum, crossing the base of a branching white fungus , on which hangs a trapped fungus gnat, Speolepta leptogaster, in G.B Cave,Mendip,UK(Philip Chapman,1981)

However, in some borealor temperate humid karst regions, underground hydrological system is beneficial to fore-stor agriculture(photo 6, photo 7, photo 8).World comparison on karst ecosystems will enlighten knowledge son the mechanism of how different karst ecosystems coming into being, and thus benefit more reasonable treatment of ecological problems and sustainable development in karst. It is therefore in keeping with the guideline of IGCP Geosciencein the service of society 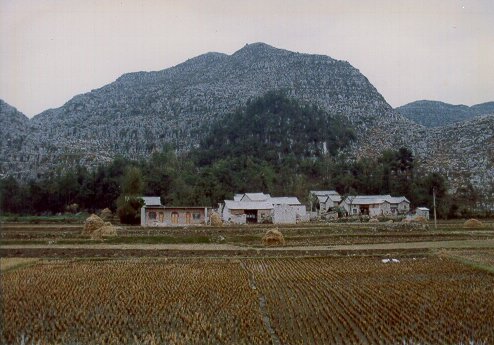